The British organic carrot has been named as the millennial’s must-have. 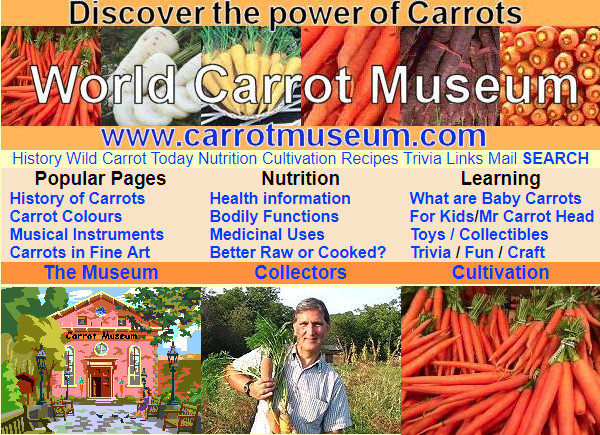 The organic market is booming, with sales topping £2.2bn in its sixth consecutive year of growth, according to Soil Association’s recently launched 2018 Organic Market Report.

Fresh Produce (fruit, vegetables & salads) is leading the way, holding a 24% share of the organic food and drink market and showing a year-on-year growth up 6.5%.

The findings bring to the boil the long-simmering discussion over whether the younger generation are as passionate about traditional British organic produce as they are about exotic alternatives, which soared in popularity throughout 2017.

“Last year, millennials spent a higher proportion of their shop on organically grown carrots. The price gap between organic and conventional has widened slightly as the market for conventionally grown carrots has become more competitive. We can see loyalty to organic has decreased slightly overall, which is what we might expect, but millennial shoppers have gone against this expectation which shows they have a good value perception of organic carrots.

Even with non-organic carrots getting cheaper in store, an ever-increasing number of millennial shoppers are showing that they are prepared to pay more as they recognise the value and importance of making an organic choice when it comes to their favourite veg.

Every time we choose organic we are choosing food as it should be. Choosing organic means that you are supporting farming practices with a more traceable production process and you’ll always know what’s in your food as well as moving the UK towards a more sustainable food system which is great for ourselves and the land.”

Mark Cheadle from R.B. Organic, believes there are several reasons why the organic carrot is becoming the must-have millennial vegetable:

“There are three key reasons organic carrots are having a moment. Buying homegrown vegetables, grown the traditional way, is important, so too is social credibility, with the under 35s wanting to do good by buying organic and ‘peacocking’ where the buyer wants to share their knowledge so they can tell their friends and work colleagues.

This organic Millennial shopper has inherited knowledge about what vegetables are meant to be like and have a passion to publicise their decisions to buy organic. Organic is seen by them as nature’s best of the best.”

Soil Association have been celebrating the popularity of organic fresh produce by launching the Organic Food Finder – an online tool to help people find their local supplier of fresh, Soil Association-certified organic fresh produce, be that via a box scheme, a local farmers’ market or direct from the farm gate. In addition they have curated a selection of wonderful carrot recipes including Carrot, Chickpea & Kefir Salad, Roast Carrots with Honey & Fennel and Carrot Top Salsa Verde.

The notion that eating carrots helps you see at night is a myth first circulated during World War II to explain why RAF fighter pilots had more success on night time battles, in order to disguise advances in radar technology
Carrots come in many colours, from purple to yellow, but the orange carrot is believed to have come to popularity in the Netherlands during the 17th Century, when Dutch growers cultivated them as a tribute to William of Orange
Research conducted by the University of Newcastle showed that there are up to 69% more antioxidants in organically grown crops when compared to crops grown using non-organic methods
Organic carrots that have the Soil Association organic symbol, have been produced to the highest standards; with fewer pesticides, no artificial additives or preservatives, and are grown in a more sustainably managed way meaning more wildlife
Organic carrots are easily accessible and can be picked up from supermarkets, online, from independent shops and farmer’s markets across the country
There is a virtual World Carrot Museum! www.carrotmuseum.co.uk
If everyone who currently buys carrots switched to organic, there would be 50% more wildlife and 30% more species of wildlife on the farms used to produce the carrots – that’s more birds, bees, butterflies, beetles, bats and wildflowers
^Source: Nielsen Scantrack Total Coverage Food & Drink (supermarkets & convenience stores) 52 weeks ending 30 December 2017.