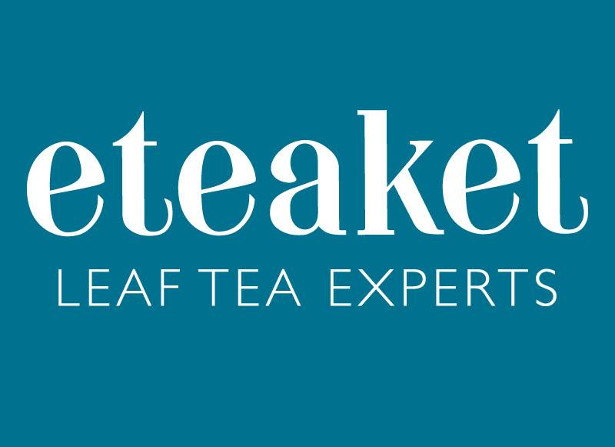 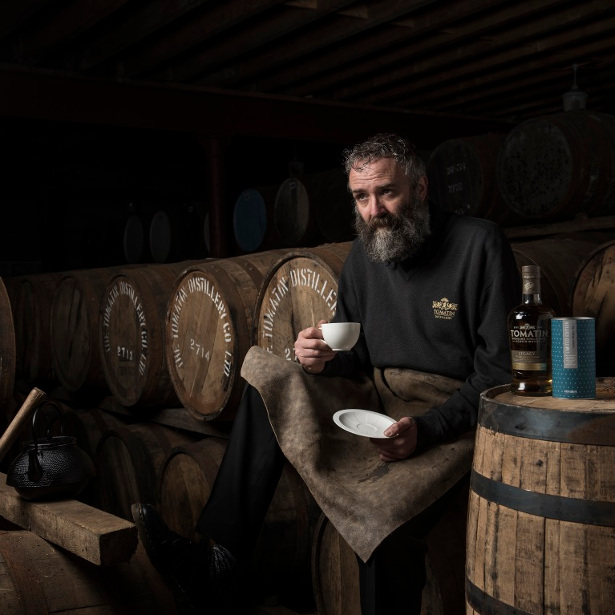 In 2017 the UK’s leading leaf tea experts, eteaket, collaborated with the renowned Tomatin Distillery, which has been distilling whisky in the heart of the Scottish Highlands since 1897, to create a limited edition Whisky Barrel Aged Black Tea – the first ever tea to be ‘distilled’ in Europe!
In less than a year, this Tomatin Whisky Tea has proved so popular, both here in the UK and all around the world, that eteaket have decided it’s not going anywhere – this tea will stay as part of the eteaket tea offering.

Interest in this tea has been so great that eteaket have now released it in biodegradable teabags, making it as easy as 1,2,3 minutes (black tea is best brewed for 3 minutes)!

Rich in heritage, tradition and craftsmanship, whisky and tea are time-honoured beverages that have both forged strong identities throughout the centuries.

Taking inspiration from their Far Eastern counterparts, eteaket’s barrel aged tea is created using a blend of three black teas from Assam, Ceylon and Fujian, which each has a unique ability to absorb flavours and aromas over time. For this very reason, the tea leaves are ‘aged’ in Tomatin’s own whisky barrels, used to create their single malt, to pick up the complex smoky, fruity aromas that elevate the flavour, without overwhelming the tea leaves themselves. 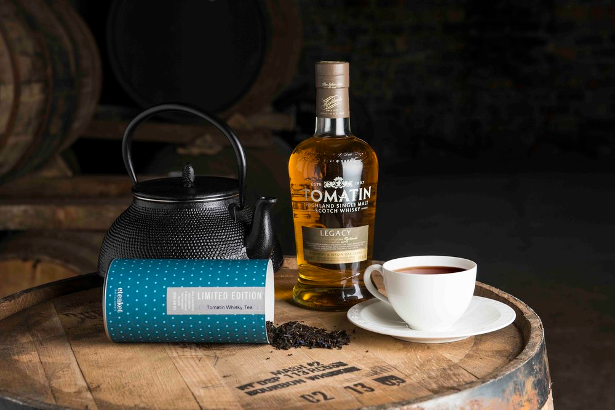 Founder and Owner of eteaket, Erica Moore explains, “I’m so excited to be introducing a brand new whisky tea experience like no other. To be enjoyed by whisky enthusiasts and tea lovers alike, our innovative whisky barrel aged tea brings to life the delicate flavours of the finest black teas, heightened by the barrel ageing process that gives Tomatin’s whisky it’s mellow and fruity aroma.”
Jennifer Masson, Marketing Manager at Tomatin added, “When we were initially approached by eteaket, I was instantly intrigued about the concept of a whisky tea and was eager to explore how we could collaborate. Following several trials – and a few raised eyebrows from our distillery men – we succeeded in producing a product which matched up to eteaket’s vision. As the recent winner of Brand Innovator Of The Year 2017 at the Icons of Whisky Awards, Tomatin tea is yet another example of the truly unique and creative flair which is present in our company, and I’m delighted to be able to partner with a quality and forward-thinking brand like eteaket.”

eteaket’s Tomatin Whisky Tea is now available as 50g loose leaf and 15 teabag – both in distinctive turquoise eteaket packaging – a perfect gift for Fathers’ Day as well as whisky and tea lovers alike. So pop on the kettle and raise a glass to Tomatin’s Whisky Barrel Aged Black Tea!